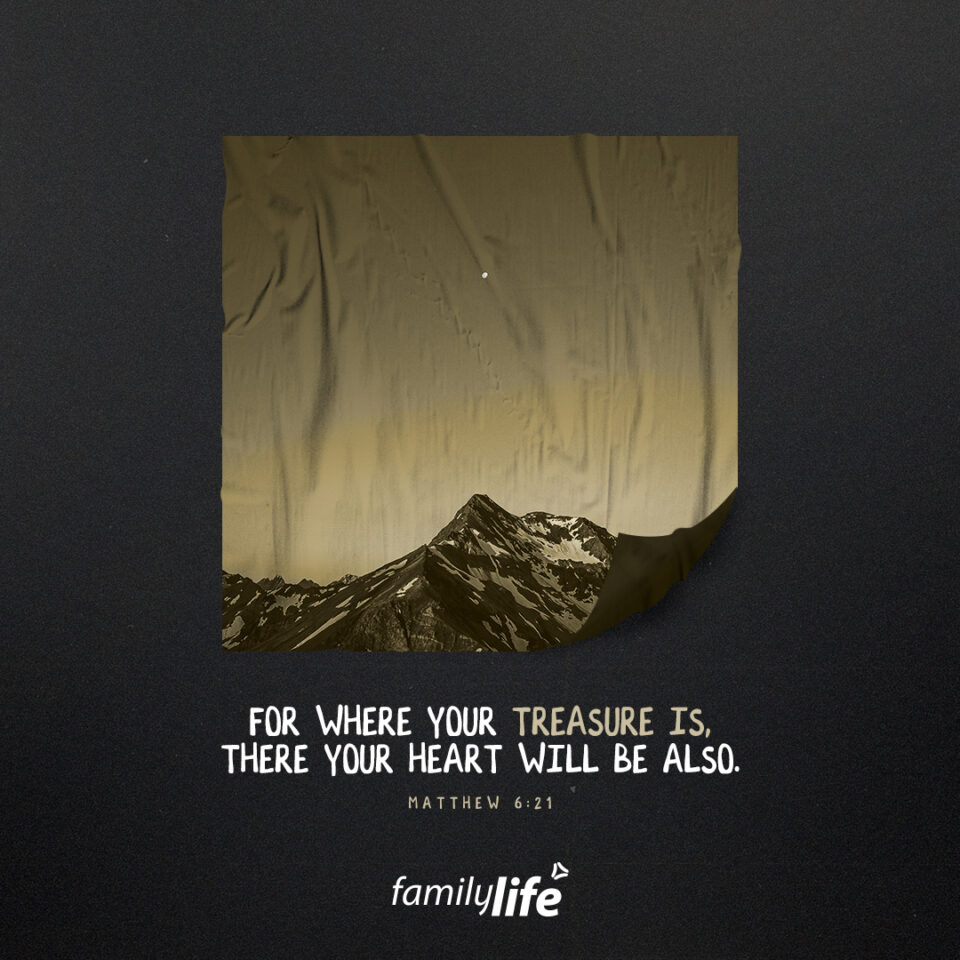 Matthew 6:21 For where your treasure is, there your heart will be also. (NASB)

A close examination of our life choices quickly reveals what means most to us. Spending all your time at work versus time with family or spending your money excessively on material things versus the work of the Lord — tips your hand about what is uppermost in your life! It’s certainly not wrong to have nice things – but the Lord should always come first.

Treasure is the key word – if the things of the Lord are of utmost importance to you, your priorities will reflect a heaven-ward bent. Albert Barnes wrote, “Do not exhaust your strength and spend your days in 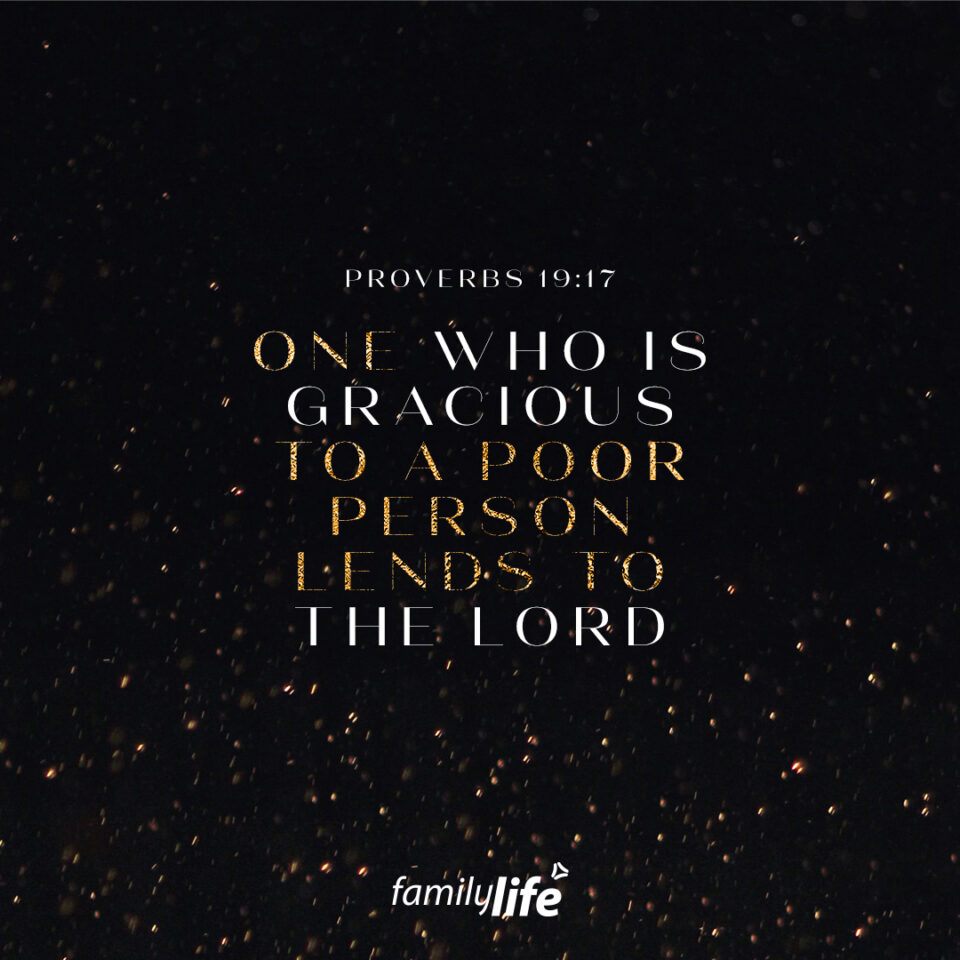 Wednesday, December 22, 2021
King Solomon provides a fresh perspective on giving to the needy.

Proverbs 19:17 One who is gracious to a poor person lends to the Lord, (NASB)

Wealth is a trust that must be managed. Part of that responsibility is helping those less fortunate! The Bible makes plain we are to love our neighbor as ourself. Being “neighborly” – is being responsive financially or materially to those in need.

But there’s more . . . As you read the pages of Scripture, the Lord consistently makes it plain He makes the needs of the poor His special concern. The imagery in today’s verse is powerful: to give to the poor is to lend to God Himself! God will be a debtor to no one. The implication is clear, that a Christ-follower should always be alert for ways to bless the 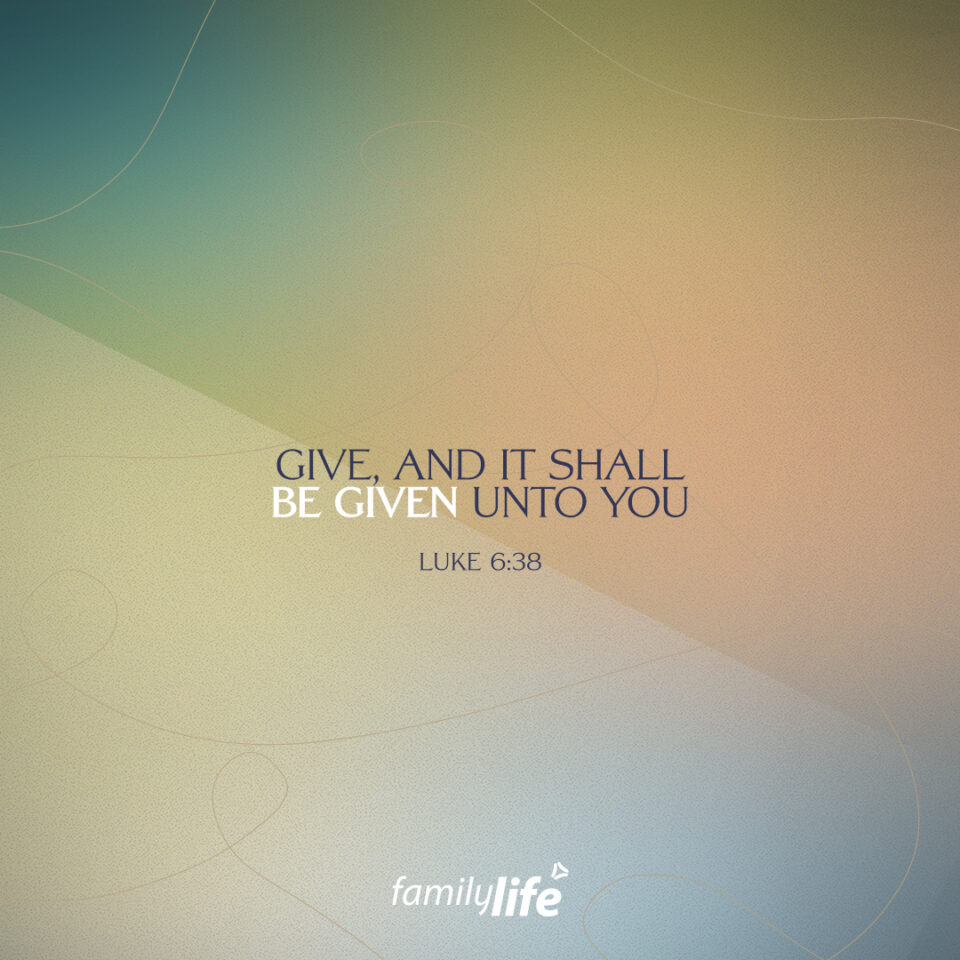 Luke 6:38 Give, and it shall be given unto you; good measure, pressed down, and shaken together, and running over, (KJV)

As you live generously, you’ll discover a bedrock truth – you’ll receive more than you give! Giving with the right attitude catches God’s attention. Living with a generous spirit, you can’t go wrong – your return on investment will surprise you!

If giving is an unfamiliar practice — start small – but, give consistently! God is our example for giving. He never gives just enough … He always gives more! If you choose to be generous with God, He will bless you. 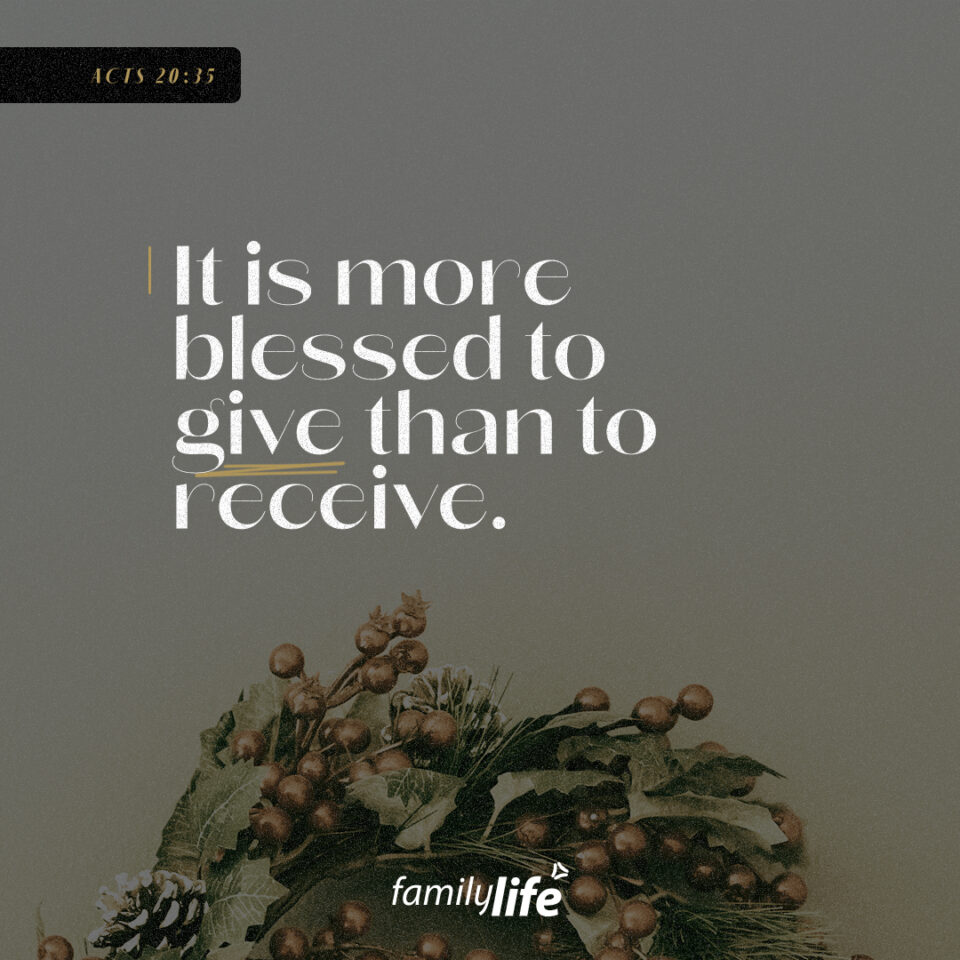 Monday, December 20, 2021
The apostle Luke records Jesus’ declaration that giving should be a lifestyle.

The dictionary defines “blessed” as being “sacred in nature” or “connected with God”. Whether you realize it or not, “giving” is something God always blesses! Someone who just receives from others and never gives – becomes like a stagnant pond. You’ve been blessed, … so pay it forward!

It’s frighteningly easy to just be passive and receive the love of others, without learning from their example! If giving to the needs of others is foreign to you – I urge you to start with God. Regularly, returning a portion of what God has given you – say, 10% of your paycheck – is a great way to discover there is joy in serving Jesus! 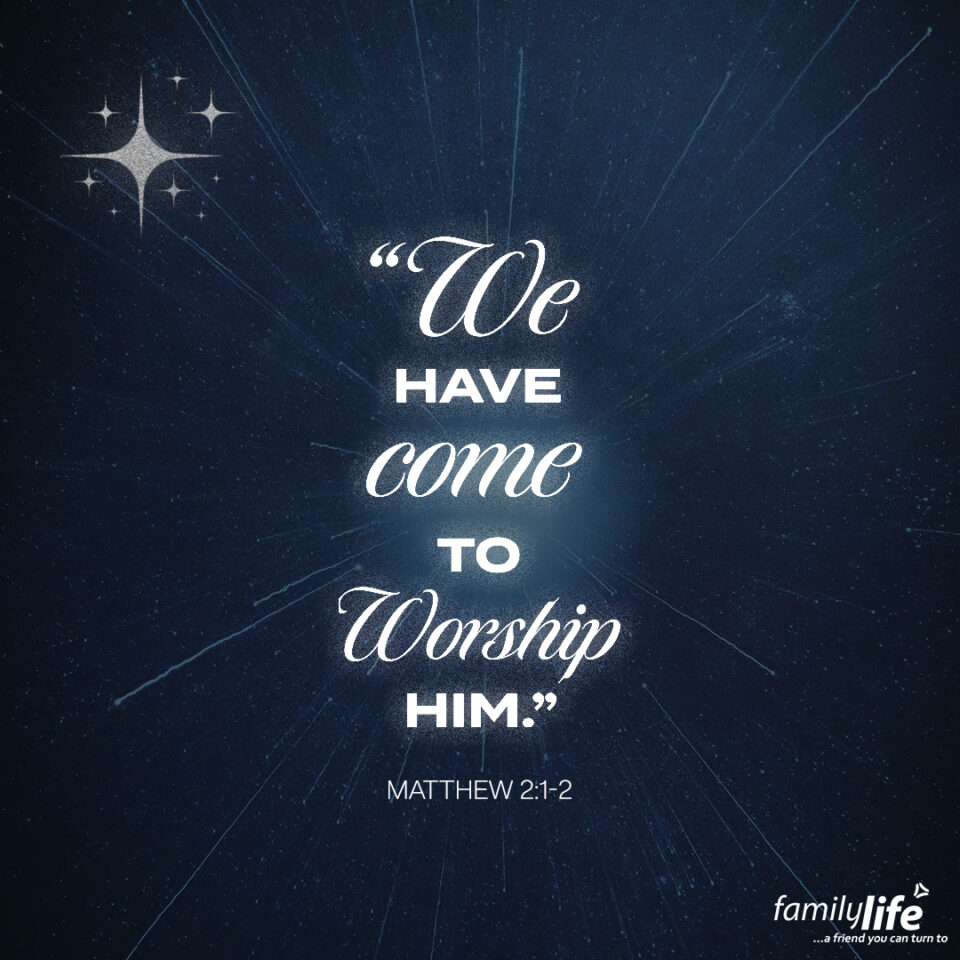 Friday, December 17, 2021
The apostle Matthew describes how a group of non-Jewish wise men watching for the birth of Messiah were among the first to worship the young Savior.

Matthew 2:9-10 . . . the star, which they saw in the east, went before them, till it came and stood over where the young child was. When [the wise men] saw the star, they rejoiced with exceeding great joy. (KJV)

No one knows how many wise men there were, and we don’t know for sure that they rode on camels! (One Persian depiction of the magi shows them riding on horses.) Ever wonder how the wise men “from the east” became part of the first Christmas? It began in the Old Testament when Daniel was carried away into the Babylonian captivity and was trained to be a wise man. Later, when Daniel interpreted dreams, Nebuchadnezzar made him chief of the wise men or magi.

Daniel was a teen when he arrived in Babylon, and he was in his 80’s when he died. He influenced several kings: Nebuchadnezzar, Darius, and Cyrus. Daniel also influenced the magi and undoubtedly taught them the prophecies of the Old Testament. So, 600 years after Daniel had died there were undoubtedly still a line of magi who knew the Messianic prophecies that there would be a star and a baby “King of the Jews” to be born in Bethlehem. John MacArthur writes that he finds it fascinating that “the first people to recognize the arrival of the King were Gentiles.” 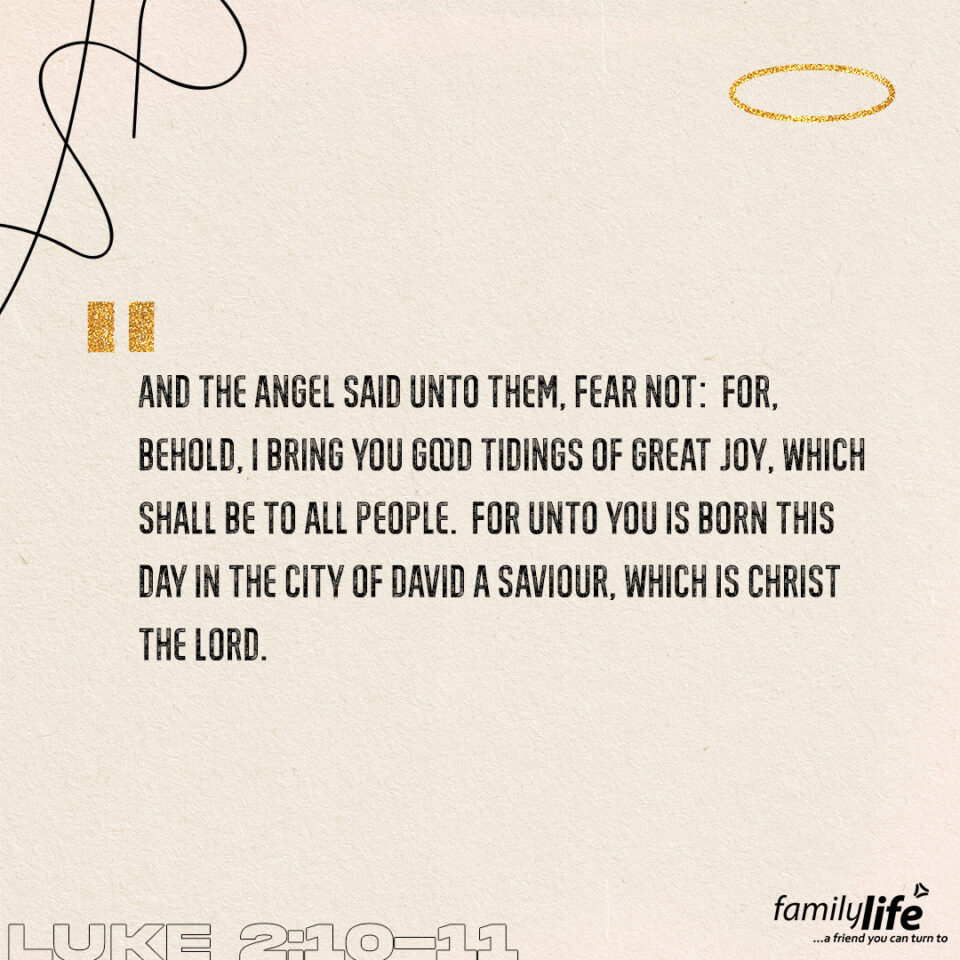 Thursday, December 16, 2021
The apostle Luke records the repentant song of praise of a one-time doubter.

Luke 1:67-68 Zacharias was filled with the Holy Spirit, and prophesied, saying: “Blessed be the Lord God of Israel, for He has visited us and accomplished redemption for His people,” (NASB)

These are the final words recorded in Scripture from Zechariah, the father of John the Baptist. Zechariah and his wife Elizabeth had lived full lives and were characterized as righteous and blameless. Zechariah is known as the priest who prayed for a son for his barren wife, and then didn’t believe it when the angel Gabriel appeared to confirm the answer!

There is a lesson to learn from Zechariah: when you pray, do so with faith believing. Don’t doubt . . . remember you serve the God for Whom nothing is impossible! Zechariah was struck speechless until his son was born because of his unbelief. Yet, when Zechariah’s speech was restored, the first words out of his mouth were praise for what God had done! Zechariah’s habit was to believe. Yet, he failed God as we all fail God at times. The take-away is to confess and turn away from sin – and continue living a life of faith.