Family Life continues to move forward with the Building Our Future Together project as the next step, the demolition of the building near Corning is near completion.  We are grateful for LCP Group, Inc. in Vestal, NY for their support of Family Life with their demolition work! 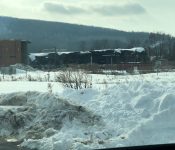 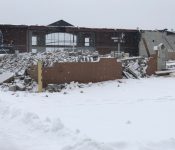 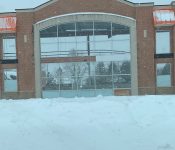 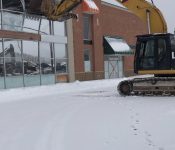 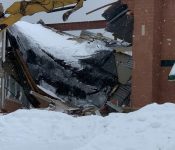 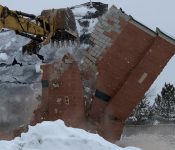 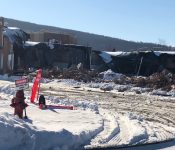 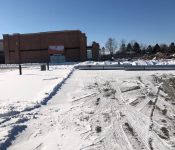 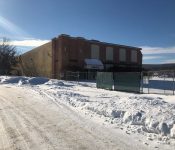 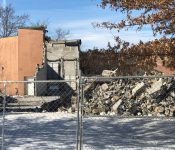 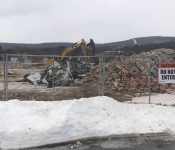 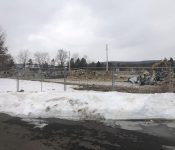 There are many who have contacted us at Family Life desiring to know what is taking place with the new ministry center in the Corning area.  We are so excited as the demolition of the building has now taken place and clean up has begun.  Soon the final stages of site work will commence getting the site ready for construction.

This entire project has been bathed in the most important things – PRAYER.  The Family Life team has been in constant prayer asking the Lord for discernment and wisdom on decisions regarding the future steps of construction.  One of those decisions was made last year by Family Life’s Board of Directors regarding the building originally purchased in 2016.  We feel it is important that you understand the reasons behind the decision to take down the building and start from the ground up.

After the completion of many on-site tests and after months of cost-comparisons and value engineering studies, Family Life met with the main construction firm (LeChase) and began evaluating their suggestion that we take down the entire existing building.  There were a number of select elements and key developments that aided in the decision to move forward with the contractor’s suggestion:

Family Life has been extremely blessed by the Lord as He has provided for each step of this project.  With the demolition of the building now completed, over $5,000,000 has been invested in the project thus far with every bill paid without any indebtedness.  We continue to pray for a miracle of the Lord to provide for the next steps of the building construction which we pray will commence in the spring/summer of this year.  We serve an awesome God who is “able to do immeasurably more than all we ask or imagine by His power that is at work within us”!

Family Life has begun its capital campaign to raise the necessary funds for the “Building Our Future Together” project. Contributors making major gifts have opportunities for naming or recognition rights for various parts of the new building.

For more information on your involvement in Family Life’s “Building Our Future Together” campaign, contact the ministry at building@familylife.org or 800-927-9083.

Building Our Future Together

Family Life has occupied its current facility for over 50 years, and though it has been greatly used for many purposes it can no longer adequately accommodate the growing ministry.  Plans are now in place for a facility that will enhance Family Life’s outreach for years to come.

Though the scope of this project can seem overwhelming at times, we know that this is His assignment for the ministry. He has already revealed His blessing in numerous ways to allow Family Life to reach this point in the project

God Is At Work!

Family Life’s new facility will not only host radio studios, production rooms, and general office space but it will also have separate wings for a Center for the Arts and the Biblical Counseling Department. A large 2,000-seat Performing Arts Center will be the showpiece of the new headquarters.