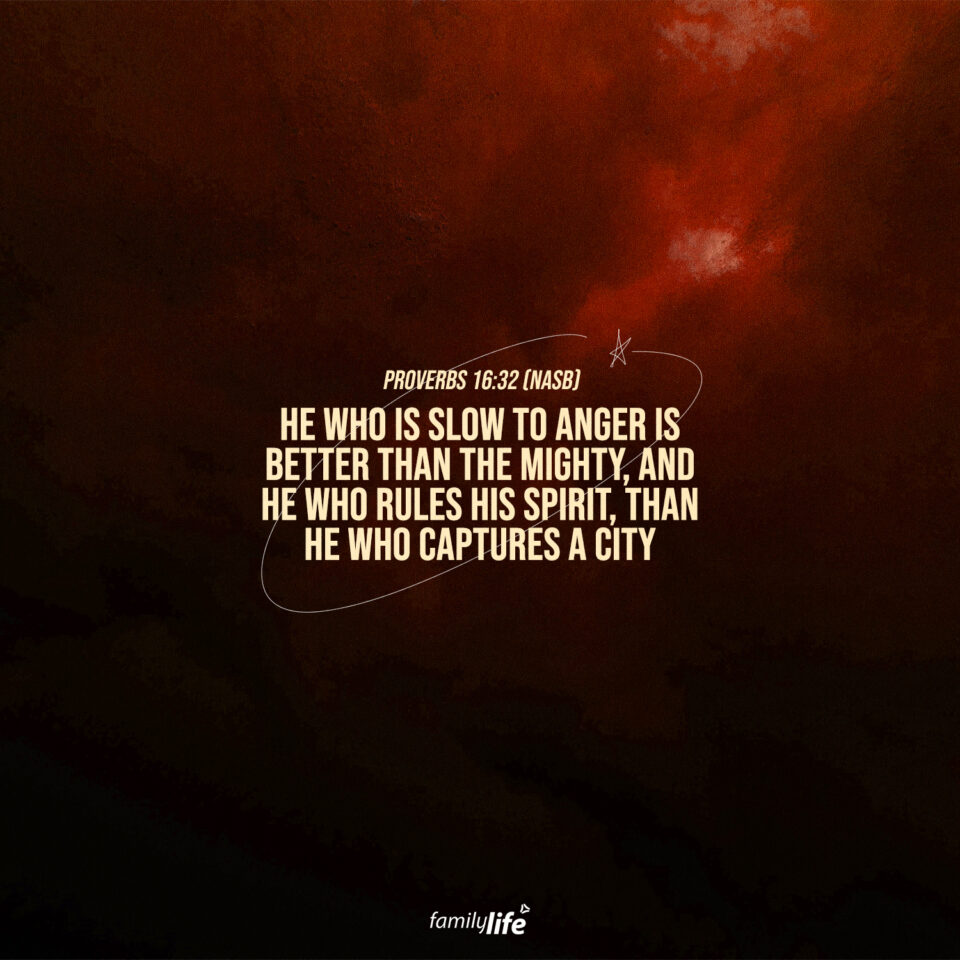 Monday, September 27, 2021
King Solomon describes the virtues of not being vengeful, but rather forgiving.

Proverbs 16:32 He who is slow to anger is better than the mighty, and he who rules his spirit, than he who captures a city (NASB)

American culture does not exalt those who “turn the other cheek”. Yet recall the ripple that went across this country, first in 2006 when the Amish of Pennsylvania came to the mother of the Amish school shooter (who had killed 10 young girls before shooting himself), and asked her not to move, but to stay in the community. Some of the victim’s families even attended her son’s funeral.

The second instance of self-control was in 2015, after the shooting of 9 people by a racist fanatic at the Emmanuel A.M.E. Church in Charleston, S.C. Once the shooter was arrested, the victim’s families showed up at his arraignment not to rail and curse him, but to tell him they forgave him. You could hear a pin drop across America’s cultural landscape . . .

Ultimately, it’s not the words of those who follow Christ – but their actions that validate Scripture’s teachings. 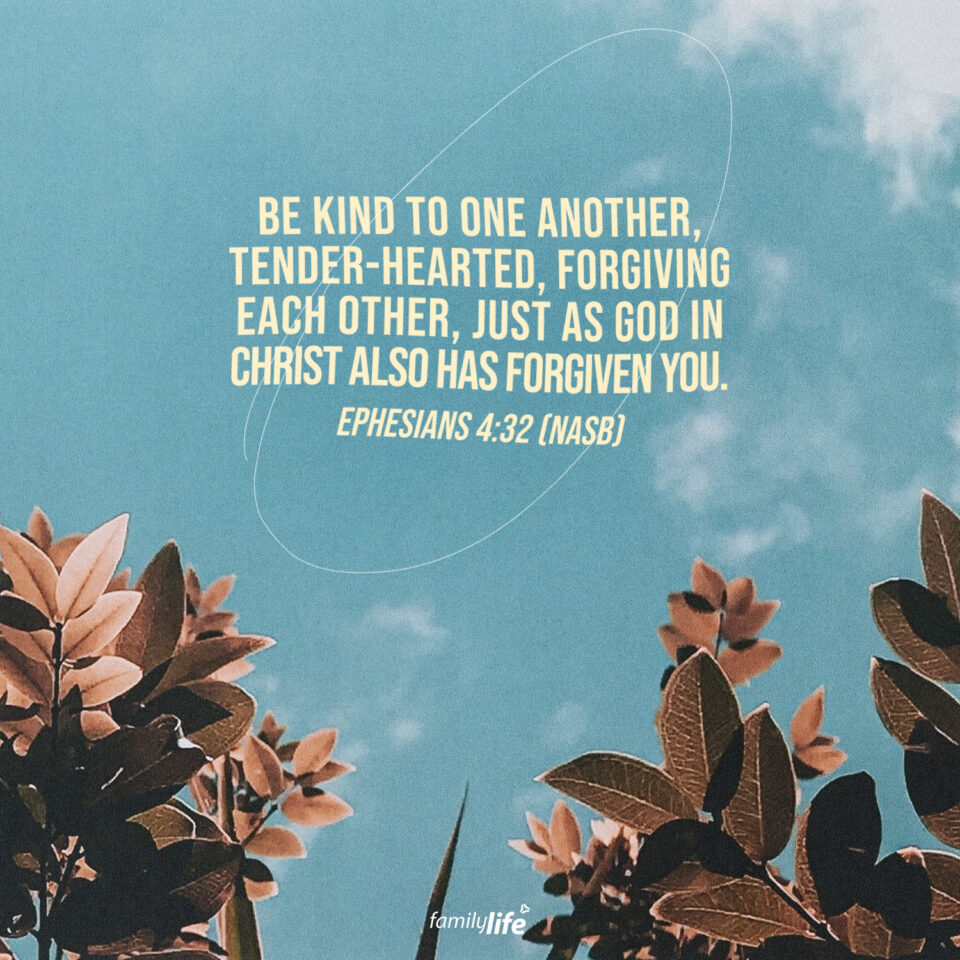 Friday, September 24, 2021
The apostle Paul describes the normal Christian life.
Ephesians 4:32 Be kind to one another, tender-hearted, forgiving each other, just as God in Christ also has forgiven you. (NASB)
Christ-followers should be known as the most gracious, welcoming, loving, and joyous people in the world! Yet, the rest of the world often sees Christians as killjoys, judgmental, critical, frowning people. Why is that?
When Christ-followers allow sin in their life and do not deal with it immediately, that sin begins to drain away their joy, peace, and compassion. Over time, unconfessed sin can turn a Christian inward-looking so that living for Christ becomes a duty and duty without the energy of the Spirit becomes drudgery!
On the other hand, when a follower of Christ is maintaining fellowship with the Heavenly Father & under the control of the Spirit of God – it becomes second nature to be kind and forgiving. Christ is our example. 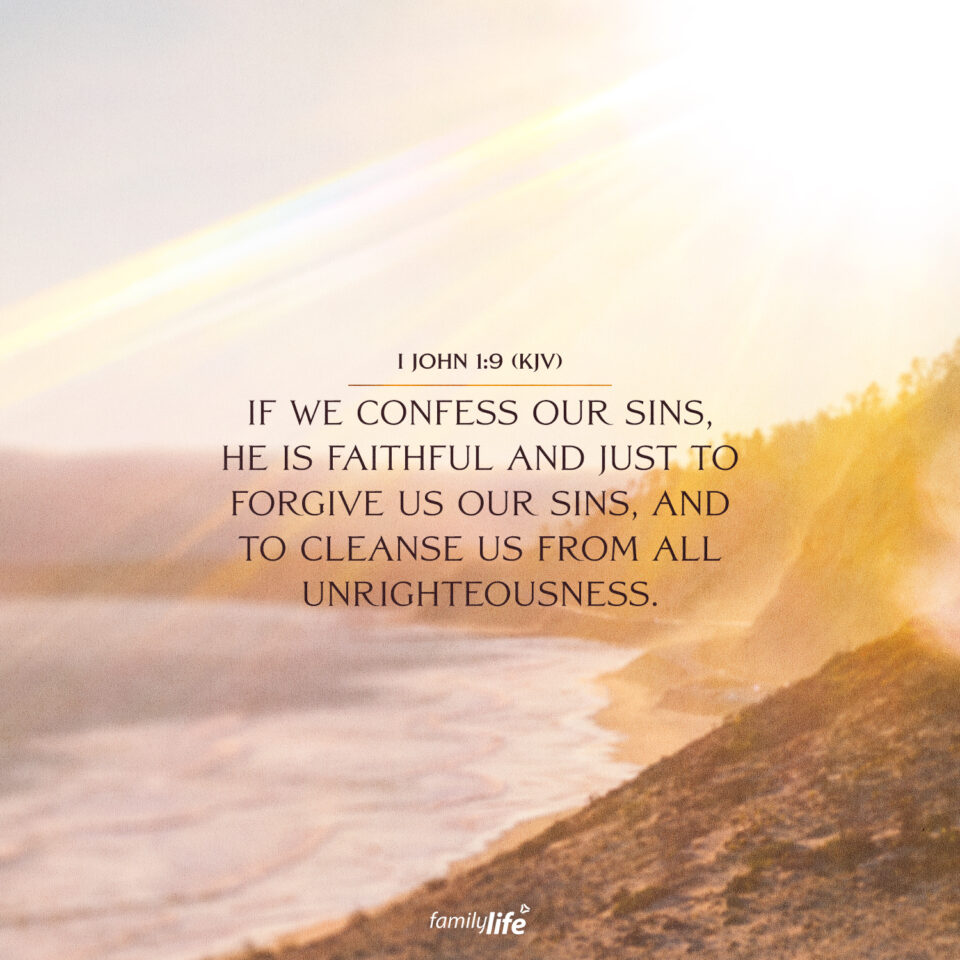 Thursday, September 23, 2021
The apostle John wrote that confessing sin to God results in forgiveness and cleansing.
I John 1:9 If we confess our sins, he is faithful and just to forgive us our sins, and to cleanse us from all unrighteousness. (KJV)
When John F. Kennedy was president, LIFE magazine did a photo-shoot of a day in the Oval Office. One of the pictures was of the president’s son, John Jr. in his father’s office playing on the floor. John Jr. wasn’t a member of the president’s cabinet or a member of Congress – but he had access to the Oval Office because he was the president’s son! As Christ-followers we have access into God’s presence. Today’s verse is all about maintaining our relationship with the Heavenly Father.
Confession of sin is harder than it sounds! Sometimes you wait until you’re sorry for what you’ve done, and that can delay the restoration of fellowship with God. The idea of confession is not feeling sorry for what you have done wrong – although that’s usually part of repentance – but rather choosing to “agree with God” that what you’ve done was wrong. Keeping short accounts is vital to maintaining a close relationship with God 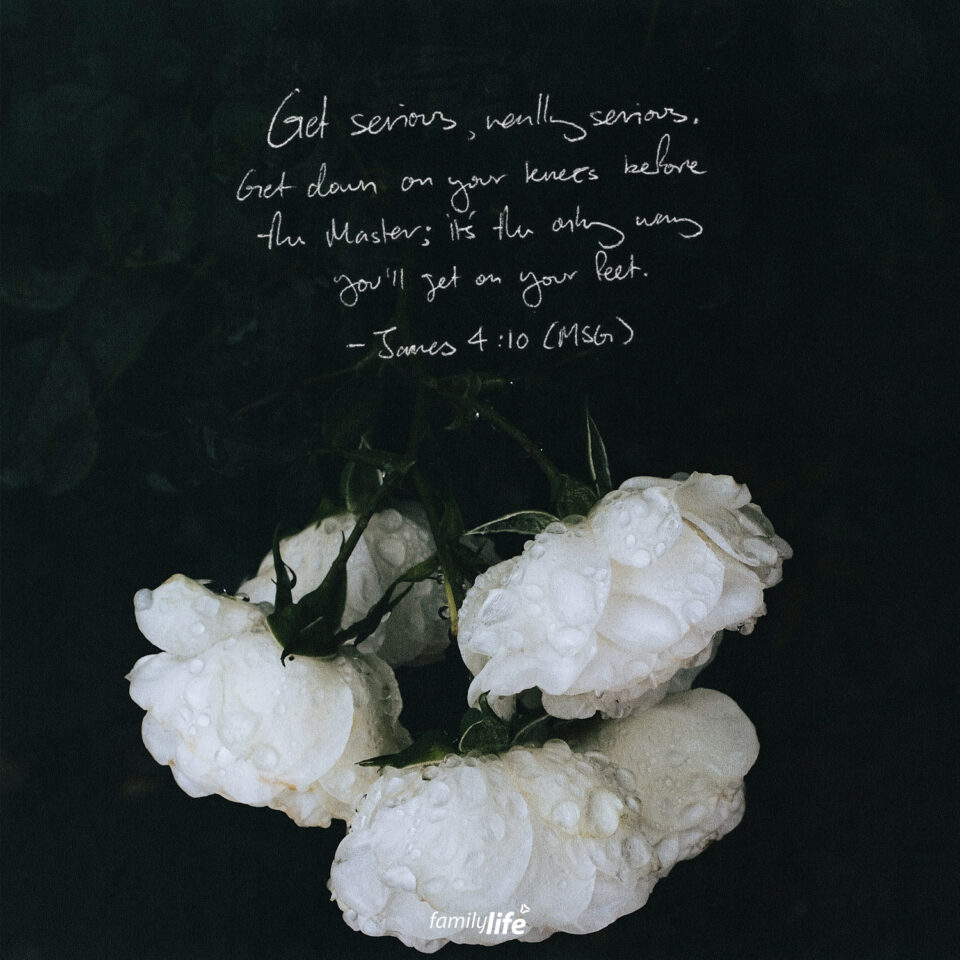 Wednesday, September 22, 2021
(See You at the Pole – theme “Just Pray”)The apostle James writes that the way up in God’s eyes — is down.
James 4:10 Get serious, really serious. Get down on your knees before the Master; it’s the only way you’ll get on your feet. (MSG)
God is a gentleman: if you think you can do life without Him, He will not force you to do otherwise. However, if you admit your limitations — God offers His followers all of the strength necessary to accomplish His plan for their lives.
The late Chuck Colson was convicted of breaking the law in the Watergate affair. Yet, it was while in prison that God got a hold of Chuck’s heart and gave him a greater purpose for his life and a vision for a new ministry: Prison Fellowship! The lesson is clear: a life lived in humble dependence on God will prosper!
Scripture quotations marked MSG are taken from THE MESSAGE, copyright © 1993, 2002, 2018 by Eugene H. Peterson. Used by permission of NavPress, represented by Tyndale House Publishers. All rights reserved. 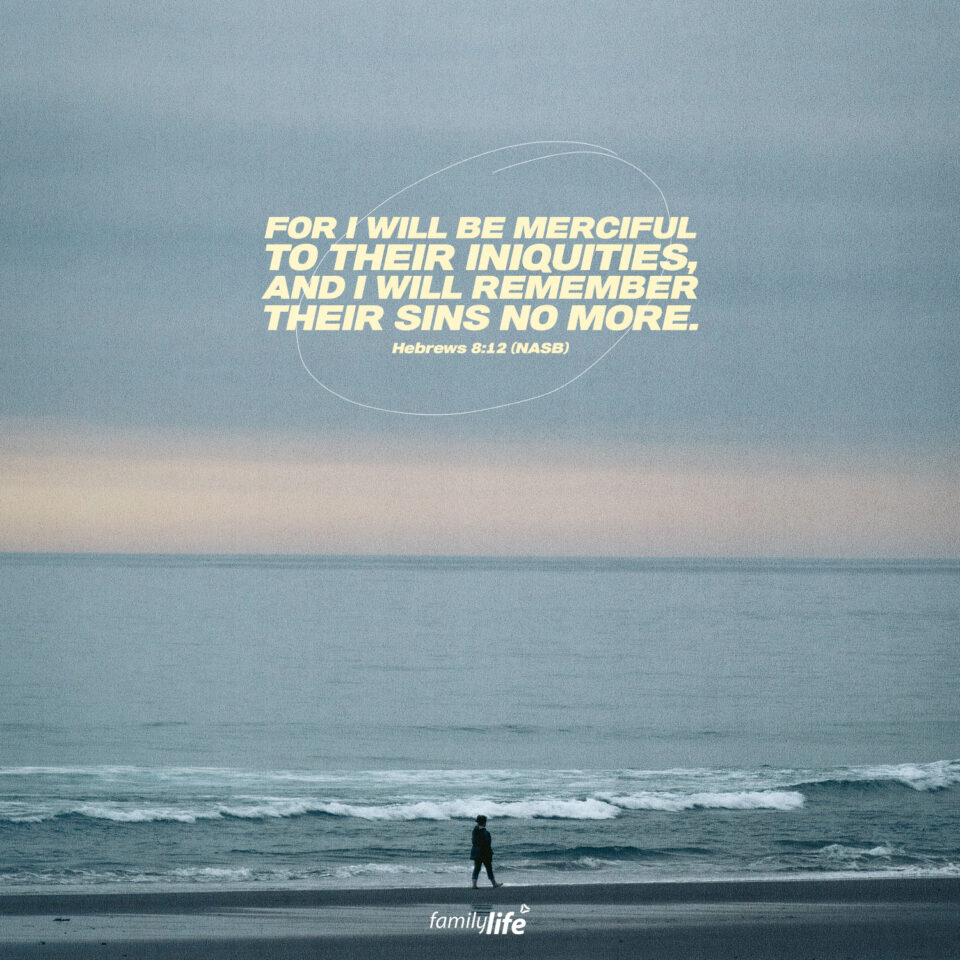 Tuesday, September 21, 2021
The unknown writer record’s Jesus promise to forgive & forget a Christ-follower’s sins.
Hebrews 8:12 For I will be merciful to their iniquities, and I will remember their sins no more. (NASB)

Satan loves to sideline a Christ-follower by making you feel unworthy, hopelessly guilty, and unloved by God. Have you been there? Maybe you’re there now! The truth is that as a Christ-follower you are now part of the family of God and part of that family relationship is that God sees you as credited with the perfect righteousness of His Son!
What about your past sins? Are they weighing heavily on you? Understandable – but unnecessary! The Bible says, “There is therefore now no condemnation to those who are in Christ Jesus.” (Romans 8) God chooses to forget your sin and will remember it no more. That’s Good News!! 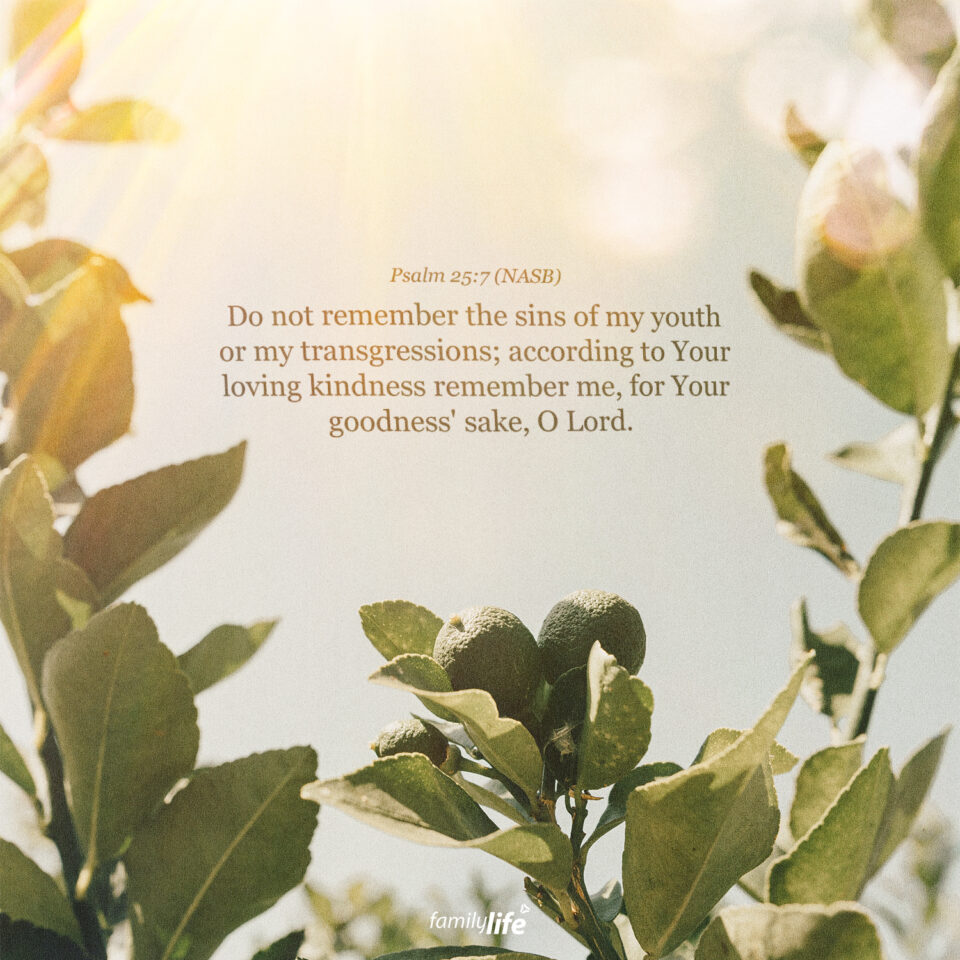 Monday, September 20, 2021
The Psalmist David pleads the goodness and mercy of God for forgiveness of sin.
Psalm 25:7  Do not remember the sins of my youth or my transgressions; according to Your lovingkindness remember me, for Your goodness’ sake, O Lord.  (NASB)
Forgiveness of sin has been something God has been willing to do since before the creation of the earth.  Not only willing to forgive, but willing to give His only, precious Son as an offering to pay the debt no one of us could ever pay!  The Heavenly Father does this because He is good.  What is your imagining of God?  Is He smiling? Or is He glaring at you?  Good news . . . God isn’t mad at you!!
The Psalmist here pleads with the Father to 1.)  Not remember the sins of youth committed in the foolishness of immaturity; and 2.) To forgive transgressions . . . a word that implies the premeditated sin that comes with adulthood.  Past & present sin is laid . . . and can be laid before the mercy of God.  Matthew Henry puts it this way, “It is God’s goodness, and not ours, His mercy, and not our merit that must be the plea for the pardon of sin, and all the good we need.”