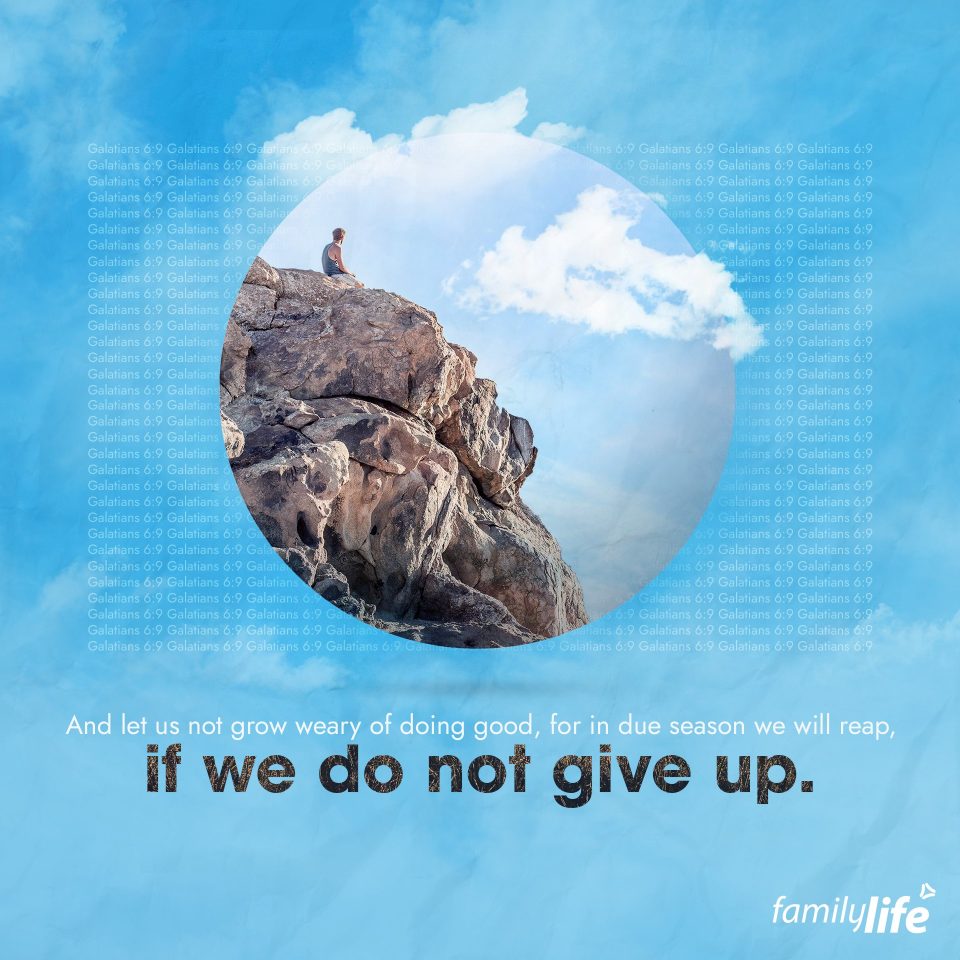 It’s important that you take time to rest your body and mind. Even God rested on the seventh day of creation… however, He never stopped being God. The Bible doesn’t say it’s wrong to feel weary, but it does encourage you not to grow weary of doing good. We are called to be imitators of Christ; a desperately needed light in the world. Life is like a breath, or a season that comes and goes. Take seriously the time that God is given us and do as much good in His name as you can, not growing weary, but persevering until you reach the finish line. 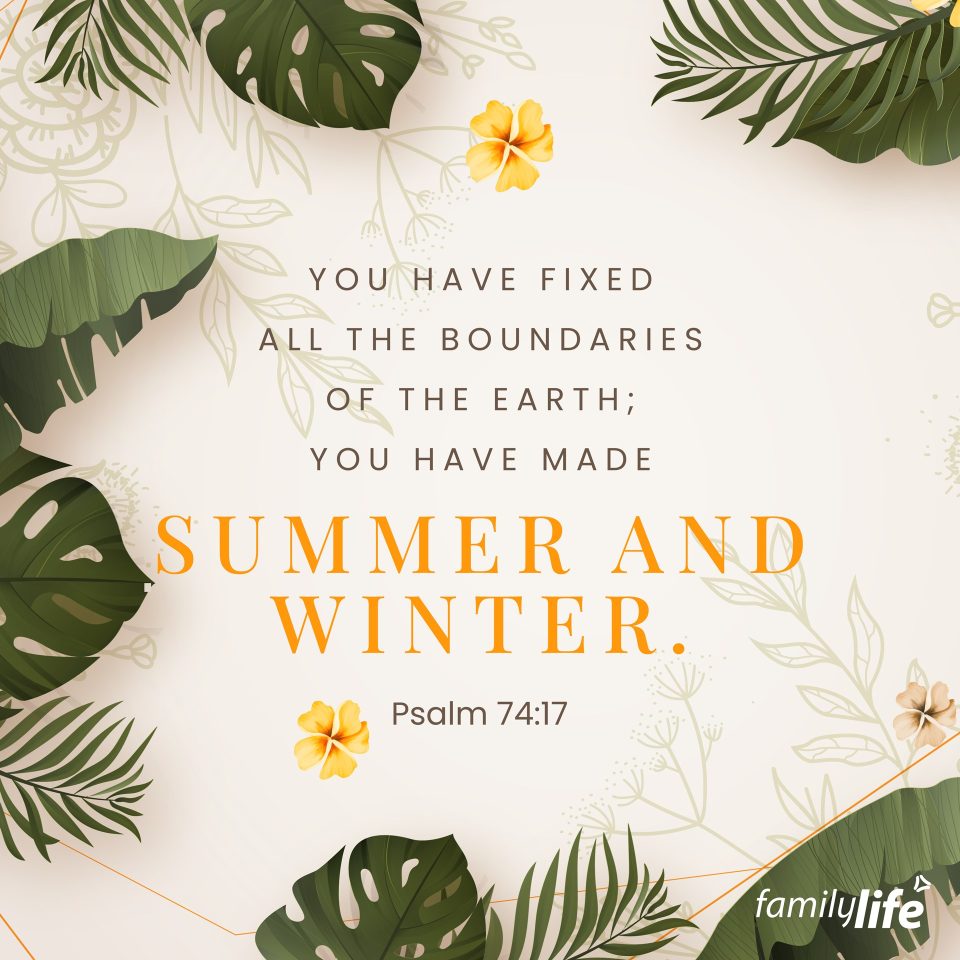 Wednesday, November 16, 2022
Psalm 74:17
You have fixed all the boundaries of the earth; you have made summer and winter.

The universe we live in is incredibly vast and stunningly beautiful. The colossal planets and stars out in space are a testament to God’s handiwork, but the earth itself, though just a speck of dust on the cosmic scale, is special. God created the sun, moon, and stars in one day, but He spent four creating this world. He set the boundaries of the earth, separated the sky and sea, and filled the planet with life. Winter, spring, summer, and fall are small parts of God’s creation, but their beauty declares that our God is good. 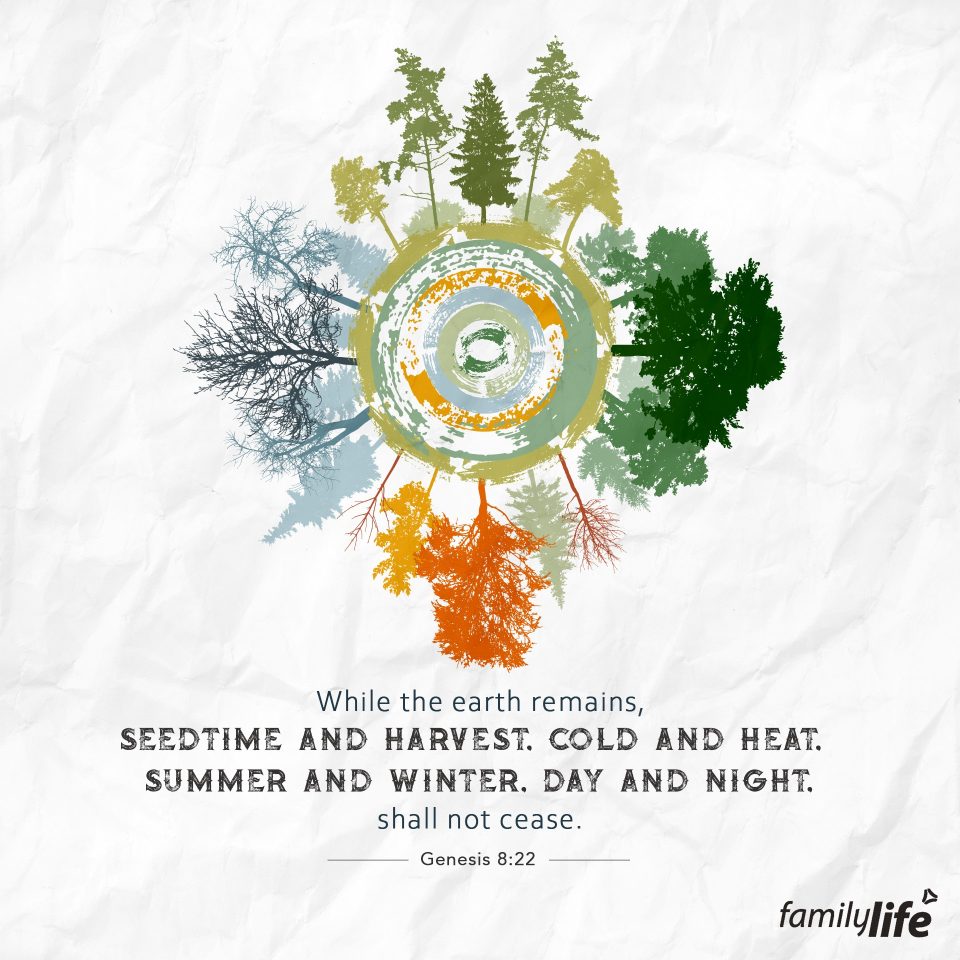 Tuesday, November 15, 2022
Genesis 8:22
While the earth remains, seedtime and harvest, cold and heat, summer and winter, day and night, shall not cease.

God holds the whole world in His hands. Every day is a day that He made and has given to us. The promise that He made to Noah and the world in Genesis 8 was that, until He ushers in the new Heaven and the new Earth, the seasons would continue. Cold and heat, summer and winter, day and night. The Lord made the seasons, and He has promised to uphold them until Christ returns, and the world is made new. Just as the rainbow reminded Noah of God’s goodness, let the changing seasons remind you of the Creator, as fall gives way to winter, and winter to spring. 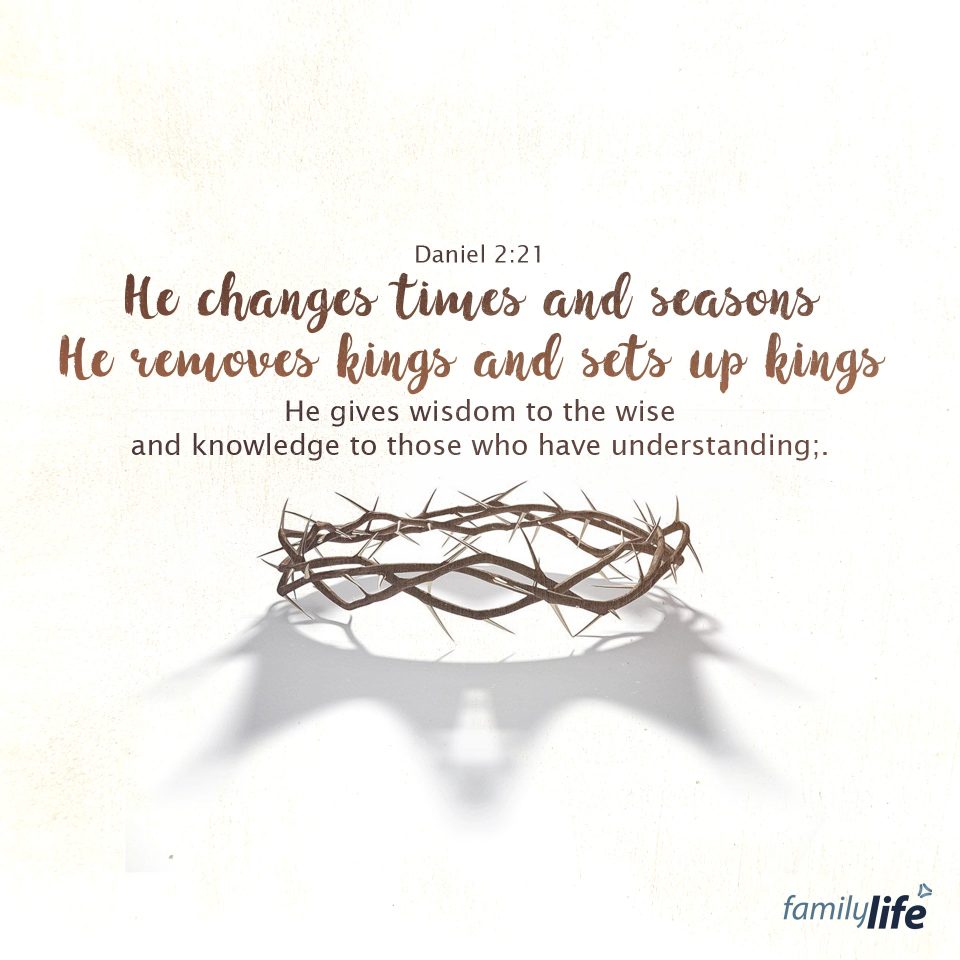 Monday, November 14, 2022
Daniel 2:21
He changes times and seasons; he removes kings and sets up kings; he gives wisdom to the wise and knowledge to those who have understanding.

God invented time, and He’s given a purpose to every moment of time since “Let there be light.” Throughout history, He has established kings and let kingdoms crumble. He has given blessings to those who seek Him and cursed those who cursed Him. Every spring rain, every summer heat and every cold winter was set into motion by the Lord, who put the stars in the sky to measure days, months, and years. Whatever “season” of life you find yourself in, whether it’s a tumultuous one or a carefree breeze, God gave it to you. You aren’t in charge of your season of life, but you are in charge of what you do in those circumstances. 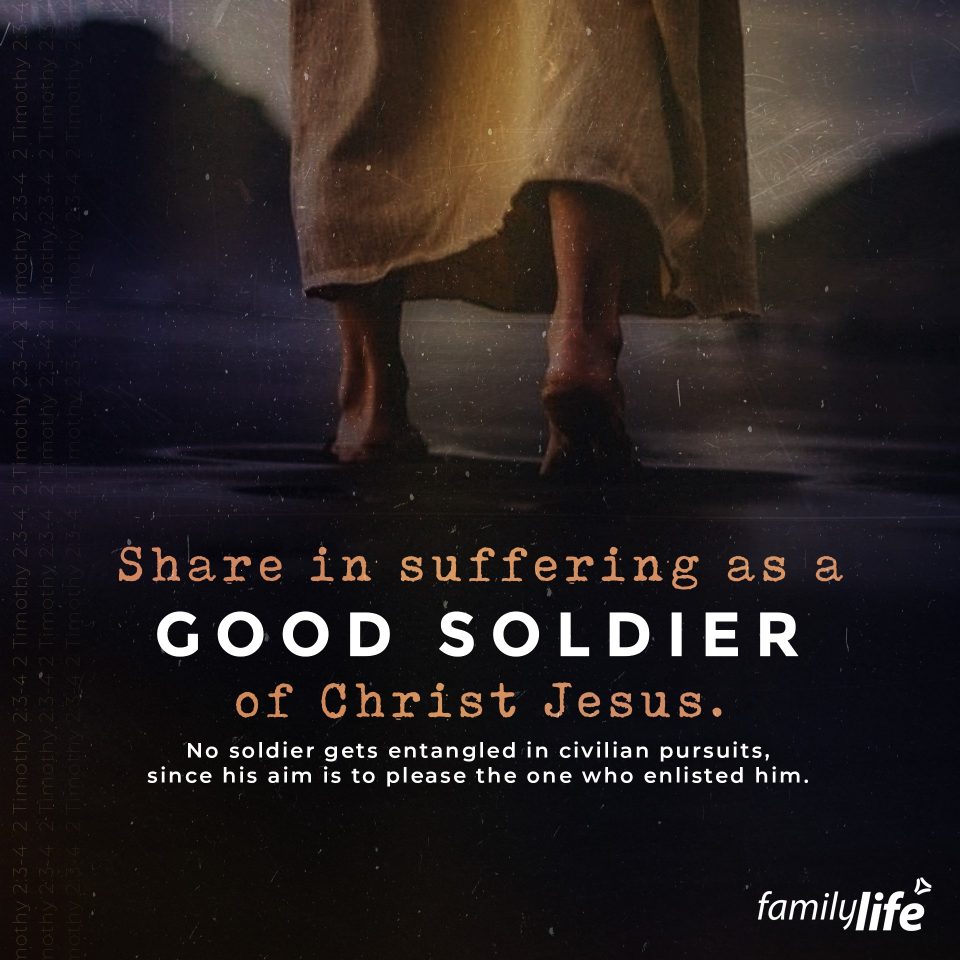 Friday, November 11, 2022
2 Timothy 2:3-4
Share in suffering as a good soldier of Christ Jesus. No soldier gets entangled in civilian pursuits, since his aim is to please the one who enlisted him.

In his letter to Timothy, the apostle Paul compares living for Christ to being a soldier. It requires focus and endurance: focus on what God wants, not what you want, and endurance to carry out His will even when it’s hard. God has given you a mission and armed you with the proper talents and abilities you’ll need to carry it out. Dedicate yourself to Christ and to the plan He has for your life and keep strong when distractions and difficulties arise. Remember who it is you serve and aim to please Him first and foremost. And today, remember those who have served in our nation’s military to protect our rights, our freedom, and our home. 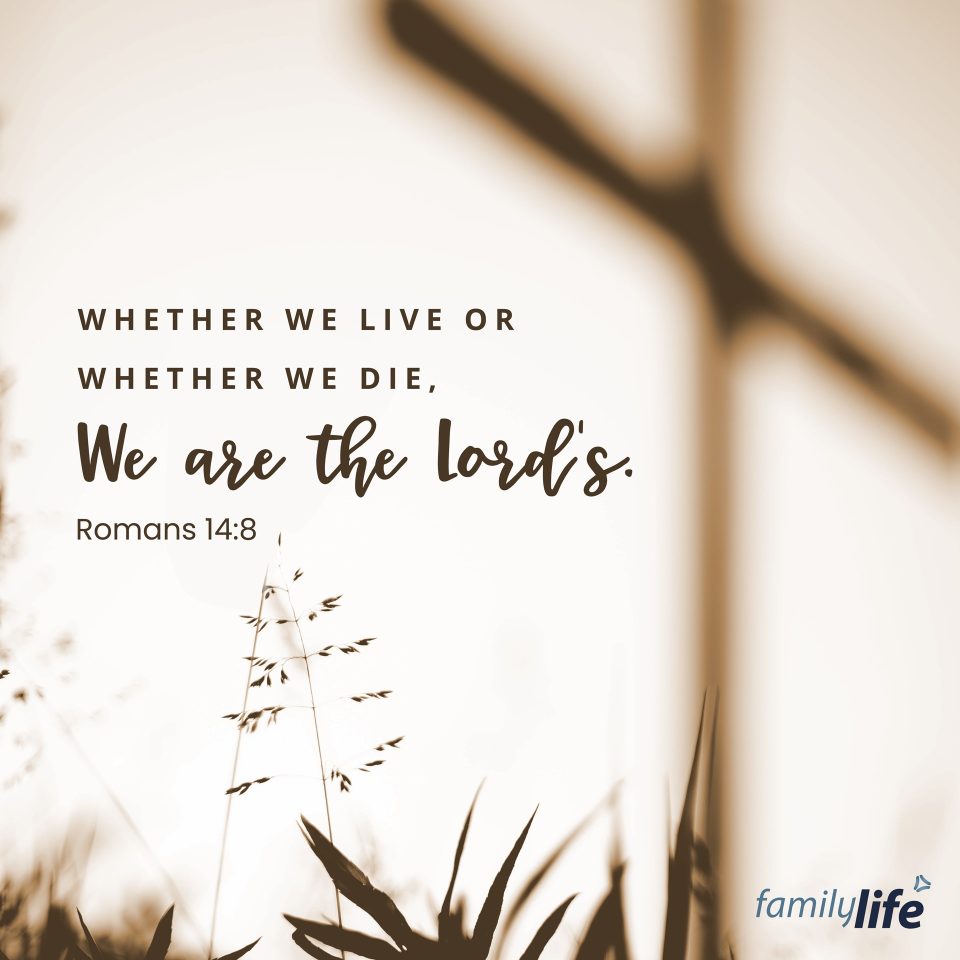 Nothing can separate anyone from God’s love, least of all death. In fact, in death we are closer to His loving embrace than ever. Death isn’t something most people face on a regular basis, but for the early church that Paul was writing to in the book of Romans, death was a very real threat. Christians were being hunted, captured, eaten by lions and burned alive. But Christ has conquered death forever, and Paul recognized that whether they lived or died, they had already won. They belonged to the Lord, and had eternal life through Jesus… and so do you, if you believe in Him. Oh death, where is your sting?