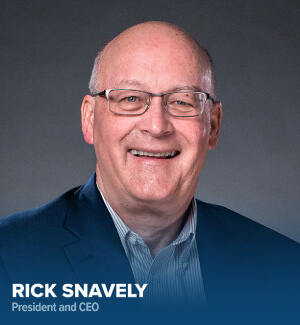 Rick counts it a privilege to serve as President and CEO of Family Life. Frankly, he did not see himself ending up as the organization’s chief fundraiser when he first got started in radio programming – a job he could have done for the rest of his life. However, what motivated Rick into ministry leadership was his pure desire to do what God wanted.

Rick was barely three years old when his parents moved to New York to begin the ministry in 1957. Just ask Rick about his childhood memories. He will tell you what a blessing it was to have grown up in a family where serving Christ came as naturally as eating and sleeping. Because of that, Rick’s trust and faith in the Lord has grown exponentially as he has seen God miraculously work and provide for Family Life.

When Rick was in high school, he felt the Lord directly calling him to be part of Area Youth for Christ, the ministry started by his dad. Rick always considered his father. Dick (who is now with the Lord) a hero, and Rick watched his dad serve God with joy, passion, and excitement – very contagious things. Rick wanted that and sensed God leading him back to the ministry after college. He never imagined that God would give him the honor of managing Family Life – a ministry that has been blessed beyond comprehension.

When Rick turned 50, he asked God what He wanted to do with the rest of his life. The Lord’s response was simple:  I want to use you to help the ministry of Family Life reach as many people as possible with the message of hope found in Jesus Christ. Rick then rededicated his life to following the call set before him.

Rick loves to brag on his wife, Sherri – his best friend, number one consultant, and love of his life. He thanks God all the time for knowing exactly what he needed in a companion. She is far better a woman than he deserves … and he will tell you that! They are blessed with two great children and their spouses and one granddaughter.  Their son Chad and daughter-in-law Kasey live in Nashville and are proud parents of daughter Mila.  Their daughter Rachelle and son-in-law Justin, live in Columbus. Gibson, their wonderful Golden Retriever is a big part of the family as well.

What does Rick love more than God, family, and radio? Not much, but yard work is on that list. Can you believe it? It is true that landscaping can be fun and rewarding work. And after playing in the dirt all day, Rick appreciates the occasional muscle ache that follows some good physical labor. Hey, it beats the occasional headache after office work! 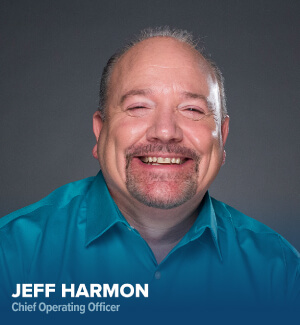 Jeff is responsible for overseeing all aspects of the ministry, bringing a positive influence to employees, and ensuring that each ministry department has what it needs to succeed. Jeff’s biggest responsibility is to support the president of Family Life, allowing him to do more than he has time to do.

What does Jeff love? Well, for starters he loves people. As operations manager, he works directly with every staff person at Family Life, addressing concerns and requests, and making sure everyone knows and understands the vision of the organization.

Before joining Family Life, Jeff worked for his dad’s business doing construction work for over 25 years. He started in maintenance, working his way up until he started running departments and meeting with customers. During this time, Jeff also served churches doing music and administration tasks. The last church he served was Northgate Church in Batavia as Director of Operations.

Jeff met Rick Snavely, the president of Family Life, in 2003, while raising funds to bring a Family Life radio outlet to Titusville, PA. After meeting Rick, Jeff had a strange feeling – now he knows it was the power of the Holy Spirit – that someday he’d be working with Rick at Family Life. Jeff didn’t expect it to come true! Now he believes that God has trained him for the last 25 years to be doing what he’s doing now at Family Life.