As news reporter, Bill’s job involves anchoring the drive home news casts, filling-in for other anchors, and producing reports and special features. Bill enjoys working with other, “Christ-minded” professionals who share his passion for the news, and his heart for Family Life.

The most exciting thing to Bill about his job is the opportunity to reach an audience that knows nothing about what it means to be a Christian. Bill sees this as a challenge to inform them, impress them, and entice them to stay around for programming that can change them! Bill’s passion includes writing, broadcasting, and story-telling.

Bill is a graduate of Houghton College where he majored in Communications and Political Science. Before coming to Family Life, Bill was involved in the non-profit world, serving as Communications Coordinator for United Way of Southern Chautauqua County in Jamestown, New York.

Outside of the ministry of Family Life, Bill enjoys playing sports, watching movies, and playing with his kids. Bill and his wife love to travel and cheer on every professional sports team from Pittsburgh, PA!

Bob finds great pleasure in working alongside his staff – three greatly talented and hard-working people that God personally led to the ministry. Each shares a commitment to excellence and it’s his privilege to “labor in the vineyard” along with them.

What most excites Bob about his job is the fact that the news audience is not necessarily Christian – and if we’re doing our job right, listeners might stick around to hear something that’s going to change their lives. That jolts Bob to no end!

Before Family Life – Bob was a student at Houghton College where he majored in mass communications. He fell in love with radio while announcing college soccer and basketball games on WJSL. Bob was fortunate enough to get a job with Family Life right out of college after interning at the station for a summer. He figured since the NBA wasn’t knocking down his door, he’d give it a shot.

Bob loves sports – anything where there’s a ball involved. He also loves history (all kinds), reading, and exercising (sometimes).

Working at Family Life is an answer to prayer for Brandon. He had asked the Lord to help him use his gifts to glorify God. Brandon was given that opportunity in December 2017…finally giving his radio career spiritual purpose. He is blessed to be a part of keeping you informed, and hopefully throwing some fun in there.

Brandon is originally from Winston-Salem, North Carolina, and previously worked as the afternoon/evening host at WPTF, a news-talk station in Raleigh, North Carolina. He graduated from Appalachian State University in Boone, North Carolina as a Broadcasting major, and worked in radio and television across the Tar Heel State in both news and sports.

When he’s not yapping on the air, Brandon enjoys spending time with his beautiful wife, Kristen, watching his favorite sports teams…the Appalachian State Mountaineers, New York Yankees, and Carolina Panthers, being involved in church small groups, working out, or exploring the area. He’s excited to see what God has in store for this ministry and the wonderful listeners who support it! 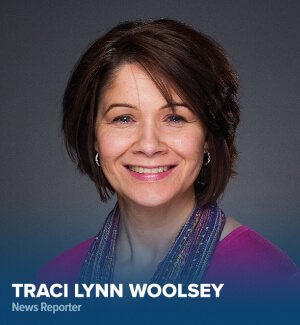 Traci grew up near Lewisburg in the rolling hills of central Pennsylvania. As an adult, she still remembers her 4th grade teacher, Mr. Anderson, who gave her class a homework assignment to seek out and know more about national and world events. This ended up sparking Traci’s interest in the news and her curiosity for the “bigger picture.”

As a teenager in public school, Traci found a lifeline in Christian radio, and its music and teaching became a guiding light for her. Under the positive influence of Godly media, Traci found herself wanting more, so she enrolled in a Christian college where she could be around people who sought the Lord.

After graduating Cairn University with a degree in Secondary Education, Traci became certified to teach English grades 7-12. She took a job teaching high school at Riverdale Baptist, a Christian school in the suburbs of Washington D.C. Later on, Traci left Washington and was hired full-time, again as an English teacher, at a public school in PA.

As time passed, Traci felt the tug of the Holy Spirit to leave teaching for other creative pursuits. Not knowing about God’s plan for her in radio, Traci started volunteering at a local Christian radio station – WGRC in Lewisburg. One thing lead to another, and Traci found herself a career fit that combined her love of Christian radio with her interest in current events – Family Life News!

Traci’s interests are history, spending time in nature, watching English movies, and collecting historical dresses. Appreciating simplicity, Traci’s also intrigued by Tiny House design but doubts she could fit all her historical dresses in a space that small! 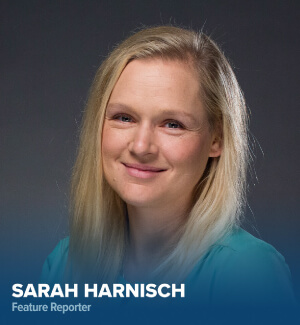 Before joining the ministry, she anchored news on WLS in Chicago. She’s interviewed everyone from Barack Obama to Naghmeh Abedini. Sarah has worked on 38 radio stations over nearly two decades, and had her own talk show in suburban Chicago. She holds degrees in English Linguistics, Asian History, Japanese, and is a certified Aromatherapist. She speaks all over the nation on her relationship with Christ, raising a child with special needs, essential oils, and the GAPS diet—which she used to cure 24 years of debilitating migraines.

Sarah and her husband John have five children: from teenagers down to elementary school age: Alligator (the graphic artist), Bear (the Boy Scout woodsman/tinkerer/scientist), Bug (the only girl—and a budding author), Pooh (the wannabe pilot) and Fuzz (who climbs everything. Always).

Sarah met the joy of her life—her husband John– in a bowling alley when she was 16 years old, and was engaged three weeks later. John is a gifted software developer for Manufacturing Automation Systems in Corning, New York. One of Sarah’s life verses, great for weary mommas, is Galatians 6:9: “Let us not become weary in doing good, for at the proper time, we will reap the harvest—if we do not give up.” 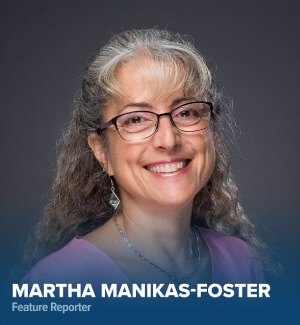 Martha likes to write poetry, news stories, and magazine articles. She has worked as a newspaper reporter, a book and Bible editor, and, when her children were younger, as a school district Writer in Residence. During her time with Family Life, Martha has written and produced the news feature “Neighborhoods in the Network,” and now brings listeners “Inside Out” during Family Life’s Noon Report.

When Martha is not writing and producing radio news features, she likes to throw and carve pottery and explore the world through a camera lens. Whenever possible, and as often as possible, she enjoys spending time with her husband, daughter, son and daughter-in-law, and extended family.